New links to the side.

Sig---I am enjoying your page.

Alex: Seriously. Even though we have different parents, he is my brother. Don't be surprised if his posts are intermitant for a while. He is in the process of a big move.

Last week brough news of a national guard unit on the border retreating from an incursion by armed Mexicans. In the old days, when our government wasn't afraid to act like it has a pair, this would have been called an invasion, and we would have responded by sending armed troops agross the border in search of some banditios for a necktie party. Of course, in the old days, it would have been unthinkable to allow illegal immgration to go unchecked, allow services to be granted to illegals---as a matter of right, no less, or to permit undocumented men of middle eastern orgin to skulk around on of our ports.

I haven't yet determined what our government gets out of sitting in the corner sucking its thumb and issuing stupid and dangerous Rules of Engagement to its troops and police. Unlike the bedwetters and pillow-biters of Europe, the populace of this country is still well-armed, and when left to its own defense, it will defend itself. So why, then?

Perhaps because as a nation we have decided to let the inmates run the asylum. We have granted so many rights and entitlements that we cannot expect to do what needs to be done, because we might hurt someone's fweeeings. We might be disrespecting their individuality. We might might expect them to get off the couch and take care of their own messes. We might be expecting them to act like americans, rather than __________-Americans. Maybe someone figured out that as long as the self-imposed shackles stay on, we will continue to be insulted, belittled, and berated as a people, from the self-loathers within, and the evnious without. Maybe these people have set about removing the shackles, by leaving the job to us. By realizing that there are still enough Americans who understand what the word means, who feel the weight of the nation's history, and unrepentant pride in their citizenship to not let continued smacks from the gauntlet go unanswered. Perhaps the only real question is "How Long?" 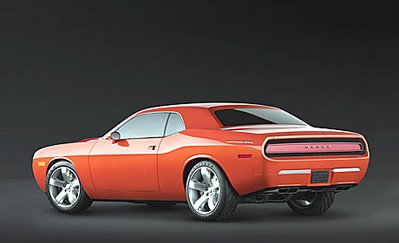 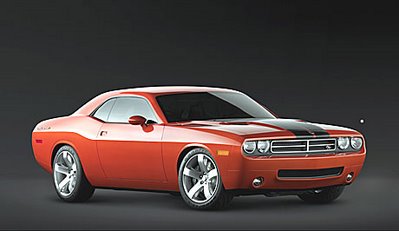 * As long as I become independently wealthy so I can afford the car, the insurance, the gas... 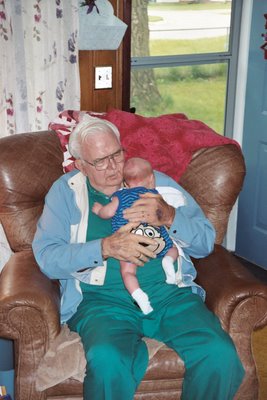 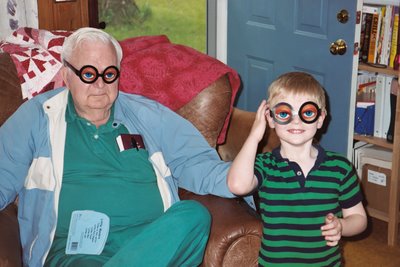 Very late New Years Day, my grandpa passed away in Michigan. He had been sick with Parkinsons and a few other problems for quite a while, so it wasn't a shock. He hasn't really seemed like Grandpa for a few years now.

With his passing, I become the eldest Blackiswhite male. I take comfort in the fact that he believed in God, and served him for most of his life. I have no doubt where he'll spend the rest of eternity. I also closely resemble him. I have more in common physically with him than I do with my own father. I suppose that bodes well for my life expectancy. I only wish my sons could have known him like I did.

Sometimes, at the edge of slumber, I think I'm back to a Michigan summer day at his house, getting ready to go swimming, or get in a boat. I can feel the humidity, smell the water, and feel his strong, patient presence that gave me the confidence and experience at some many different things when I was growing up. I miss him a lot these days.

"It is impossible to govern the world without God and the Bible. Of all the dispositions and habits that lead to political prosperity, our religion and morality are the indispensable supporters. Let us with caution indulge the supposition that morality can be maintained without religion. Reason and experience both forbid us to expect that our national morality can prevail in exclusion of religious principle." - George Washington

"Government is not reason; it is not eloquent; it is force. Like fire, it is a dangerous servant and a fearful master."- George Washington

And Now...A Word From Our Sponsor

“If you love wealth more than liberty, the tranquility of servitude better than the animating contest of freedom, depart from us in peace. We ask not your counsel nor your arms. Crouch down and lick the hand that feeds you. May your chains rest lightly upon you and may posterity forget that you were our countrymen.”- Samuel Adams

Blackiswhite, Imperial Agent Provocateur
Go ahead...comment on the fiction. I dare ya!

View my complete profile
"Its not the years, its the mileage."
-Indiana Jones, in Raiders of the Lost Ark

"We love the things we love for what they are."
-Robert Frost

"The hand that knows his work will not be told to do it better or faster; those two things."
-Robert Frost

"The more I learn, I find how little I really know..."
-David Baerwald

Political Correctness is tyranny by the inane masquerading as tolerance and equality. Only a fool harbors the belief that all "cultures" are equal. All cultures didn't build this nation, and unfortunately, too many in society are rejecting that culture in the pursuit of a mirage. If you remind them that the equality means equality of opportunity rather than equality by taking from the earners and giving to the slugs, and you're likely to experience their "tolerance" first-hand.

Have You Seen Me? Call 1-80y-ears-ago.
Love me? Hate me? Just feeling like dropping a line?

Remember: If you are particularly obnoxious or offensive, you just may become the subject of a post.

The Dark Lords of the Sith

Right At Home On The Right

"This website contains some copyrighted material which in accordance with Title 17 U.S.C. Section 107, any copyrighted work in this message is being distributed under fair use without profit or payment to those who have expressed a prior interest in receiving the included information for non-profit research and educational or criticism purposes only. Not withstanding the provisions of sections 106 and 106A, the fair use of a copyrighted work including such use by reproduction in copies or recordings or by any other means specified by that section, for purposes such as criticism, comment, news reporting, teaching (including multiple copies for classroom use), scholarship, or research, is NOT an infringement."